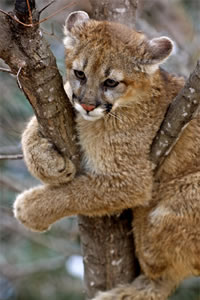 In a joint effort to ensure responsible, science-based wildlife management practices and protect New Mexico’s animals from indiscriminate injury and killing, Animal Protection of New Mexico (APNM) and The Humane Society of the United States (The HSUS) have today initiated a state appeal and a separate federal challenge of the validity of the expansion of cougar trapping in the Cougar Rule approved by the New Mexico State Game Commission. APNM and The HSUS are joined by concerned New Mexican citizens who run Search and Rescue missions in the expanded trapping areas and have had dogs injured in leg-hold traps, a hunting and fishing guide, and wolf advocates.

Read the Press Release from Animal Protection of New Mexico »