Another Dog Caught in a Trap in the Jemez

A dog being walked by a couple of Jemez folks ran into an animal trap set in an arroyo beside a designated road, on Forest Road 376, about half a mile north of the Gilman Tunnels.

They were alerted to the animal’s distress when it began shrieking and jumping around in panic. It was easily within view and quickly released by its owners. They observed that there was fresh blood sprinkled all over the trap (not the dog’s), and a chunk of meat a few feet away such that an animal would have to step on the trap to get to the meat.

This dog was not too badly injured, but there have been ugly incidents in the past with terrible consequences for people’s pets, traumatic for both the animals and their owners. 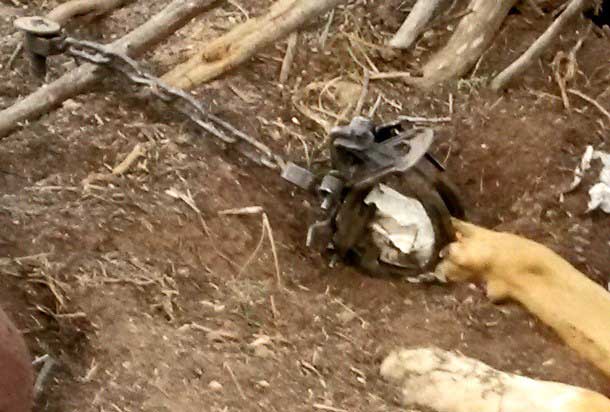 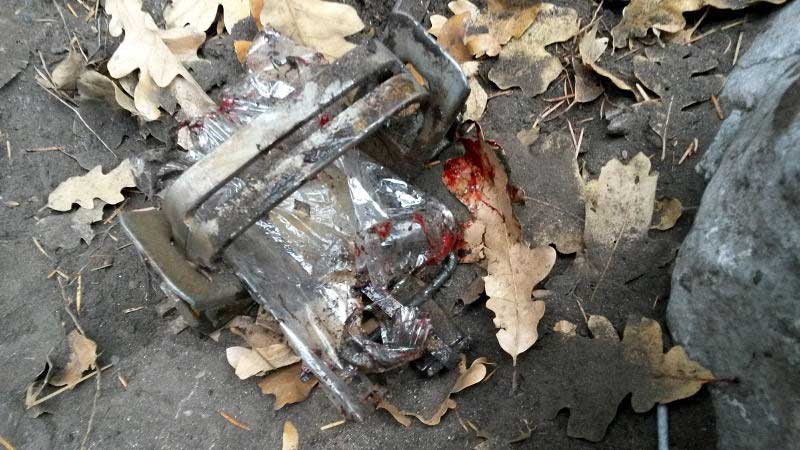 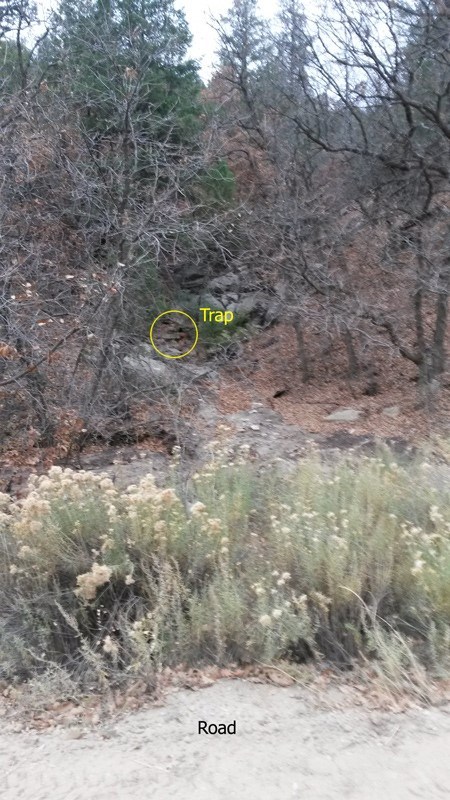