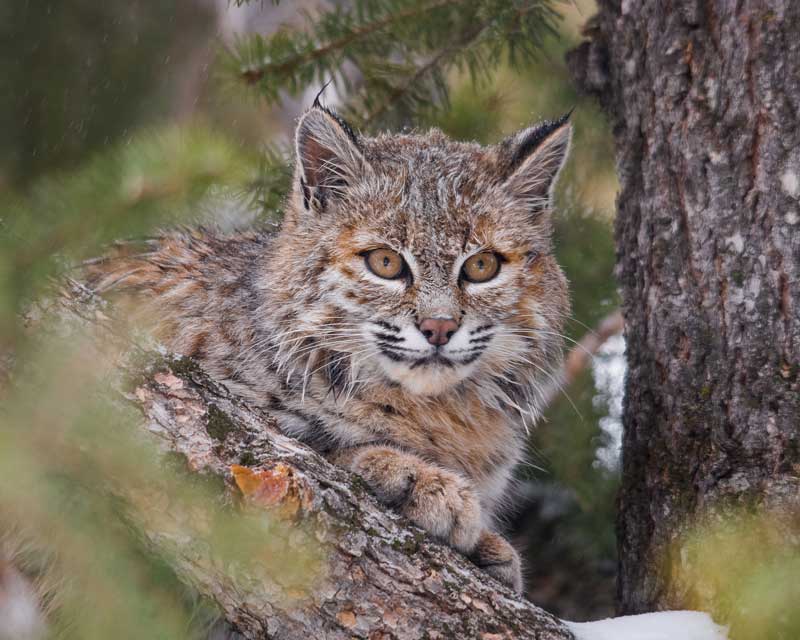 During the winter of 2016, a bobcat was frequently seen near the Madison River in Yellowstone. This single bobcat brought in tourists, photographers, and wildlife watchers from nationwide which resulted in an economic benefit to the local economy around Yellowstone National Park. In collaboration with Panthera, a cat research and conservation organization, our study aimed to quantify this value of one bobcat which was enjoyed by so many and is alive and well today to continue to bring visitors to see this fascinating species. In Wyoming, bobcats can be trapped in unlimited numbers from November 15 to March 1 of each year. Bobcats that are sold overseas or are exported out of the state must be tagged by the Wyoming Game and Fish Department (WGFD) as required by the Convention on International Trade in Endangered Species (CITES) which aims to reduce or eliminate the number of illegal endangered species being bought and sold worldwide. This registration of bobcats is the only method the WGFD uses to monitor bobcat populations in the state. For a single $44 license, a trapper can trap as many bobcats as possible and then sell the pelts for personal profit. We propose that this species is worth much more alive than dead and should be managed with quotas and limits.