WARNING: Some pictures in this story are graphic.

When Argos Animal Rescue first found Kekoa, they didn’t think he would make it through the night. Now, after a miraculous recovery, he’s acting as their poster pup for change.

“He tried to chew his own leg off. He does have pretty horrific injuries,” Domina said. “He had bite wounds all over his entire body. We ended up having to amputate his leg because it was fractured.”

Tracie Dulniak with the K-9 Rehab Institute says this type of injury is becoming more and more common.

“We get a lot of these dogs that are coming in from other counties and other states that have been severely abused or injured through traps,” Dulniak said.

Watch the video and read the article on KRQE »

This leaves the injured dogs with emotional, physical and mental scars, a concern that Trap Free New Mexico says should be addressed.

SIGN THE PETITION TO BAN TRAPS ON PUBLIC LANDS » 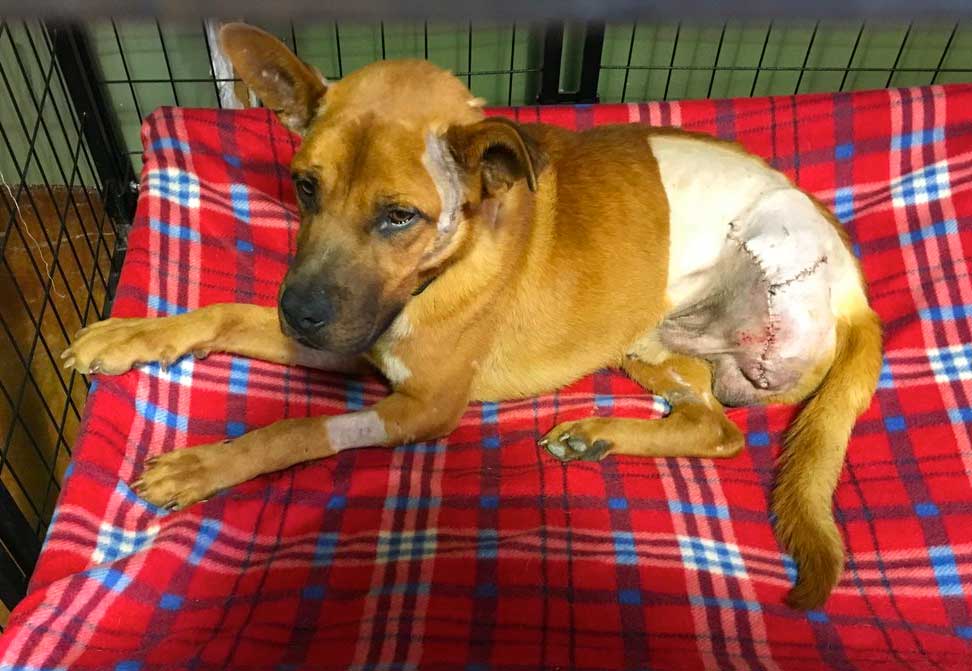