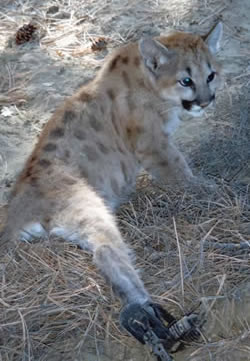 First, Rep. Zachary Cook, R-Ruidoso, introduced legislation that would have allowed for the indiscriminate killing of cougars. It would have legalized the same kind of hunting contests we now have with coyotes – shoot as many as you can and then leave the carcasses heaped in a pile. The bill breezed through its first House committee before the public got wind of it, and the backlash forced Cook to retreat. But the fate of the mountain lion in New Mexico is still in jeopardy. This time, it is the state Game and Fish Department posing the threat.

Read the editorial in the Las Cruces Sun-News»