New Mexico regulators have adopted new rules that will prohibit trapping or snaring cougars for sport, marking a small victory for animal protection groups that have been fighting for a broader ban of the practice on public lands across the state. 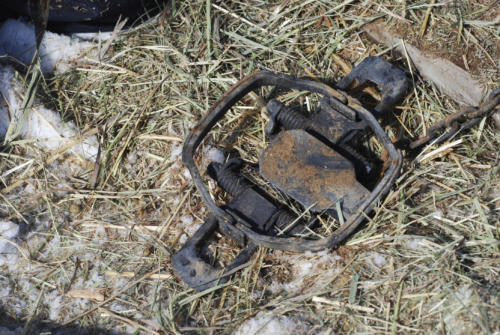 The state Game Commission voted unanimously in favor the new regulations during a meeting Thursday in Roswell.

The decision comes after Animal Protection of New Mexico and the Humane Society of the United States filed a lawsuit arguing that traps and snares threatened legally protected species such as endangered Mexican gray wolves and that hunting quotas for cougars were unsustainably high.

Laura Bonar, chief program and policy officer for Animal Protection of New Mexico, said the vote was the right decision by the commission but that more needs to be done.

“We urge the commission to take the next logical step, which is to prohibit all traps and snares on public lands,” she said. “Trapping and public lands are incompatible.”

The state Department of Game and Fish is considering proposed restrictions on wildlife traps and wire snares on select tracts of public lands outside of Albuquerque, Santa Fe, Las Cruces and Taos, along with a no-trapping buffer at officially recognized hiking trailheads.

It’s not clear how soon the Game Commission could act on that proposal.

Trapping and snaring triggered emotionally charged debates during the 2019 legislative session. A bill dubbed “Roxy’s Law” after a dog that was strangled by a poacher’s illegal snare on a lakeside trail would have banned traps, snares and animal poison on public land with few exceptions. It never came to a floor vote.

The new rules adopted are for the 2020-2024 seasons. They specifically involve cougar and bear management by the Game and Fish Department and hunting of the mammals.

Under the rules, hunting quotas for the two species will not increase. Hunters will be allowed to kill up to 580 cougars and more than 800 black bears.

However, the animal protection groups voiced concerns about the numbers, suggesting that the Game and Fish department lacks reliable population estimates for the species.

The department has said the population estimates are a result of density estimates from academic studies conducted in various locations in New Mexico and in comparable habitat in other states. The department also looks at habitat quality when determining how many of the animals can be hunted while maintaining sustainable population sizes.