A man who released a fox from a foot-hold trap near Placitas recently has filed an appeal that seeks to have his record cleared of a criminal complaint made against him by the New Mexico Department of Game and Fish.

The complaint, filed Jan. 11 in Sandoval County magistrate court, charges Gary Miles with possession of a live furbearer. The charge, a misdemeanor, was dismissed without prejudice, meaning it could be refiled.

“I can’t believe they did this,” Miles said of the criminal complaint. “We should not be bullied for having an animal and trying to get it care.”

Read the article in the Albuquerque Journal > 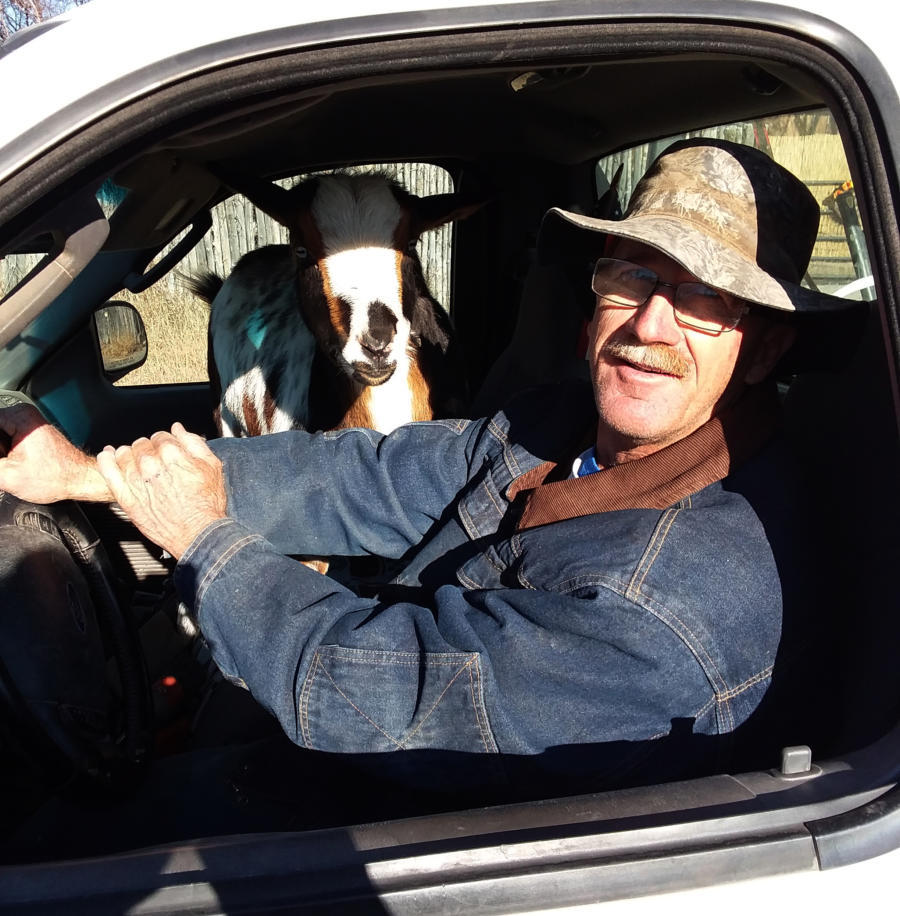 Gary Miles of Placitas Animal Rescue shares the cab of his truck with a goat he found wandering near a highway. Miles initiated a Game and Fish Department investigation recently when he released a fox from a trap near Placitas. The goat, by the way, was returned to its owners.