Drivers in Albuquerque and Las Cruces are confronting a brutal reality about wildlife management in New Mexico thanks to a series of billboards, bus shelter ads and bus banners recently unveiled by WildEarth Guardians.

The billboards feature a bobcat in a steel leg-hold trap with the message “Trapping is Torture: Protect Public Lands.” The billboards were deployed this month in an effort to mobilize popular support for a New Mexico legislative campaign to ban trapping on public lands.

Read the article in the Ruidoso News » 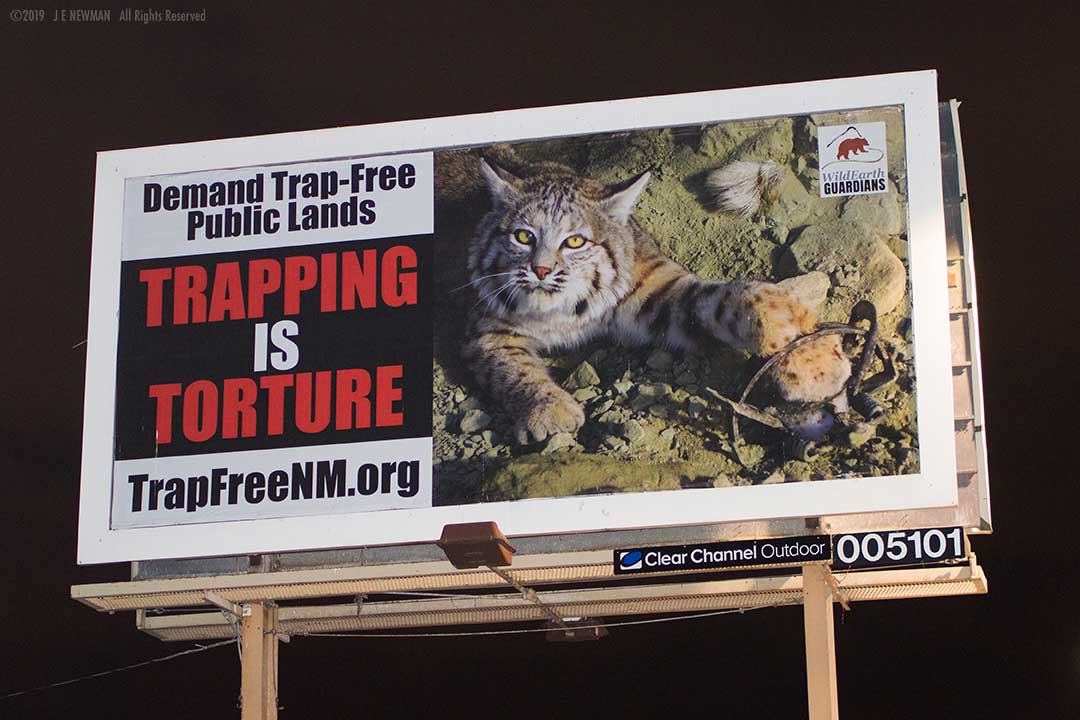