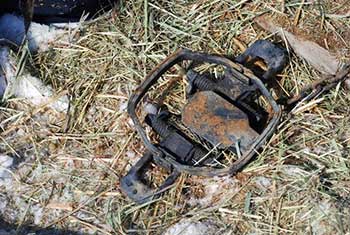 We have all chosen to live more rural lifestyles for a variety of reasons. Some of us want to be more connected to the land and nature. Some of us want a quieter, slower routine. Some of us want wide open spaces, including safe access to public lands. Some of us are in the country for our livelihood. Among us are educators, artists, authors, farmers and veterans. We come from all walks of life. Some of us are relatively new to New Mexico, some of us have been here for decades, raised our families here and some of us were born here. All of us revere and respect wildlife. And setting indiscriminate leghold traps to kill native animals for fun or money is just as foreign to us as it is to the nearly 70% of New Mexican voters who oppose trapping across the board.

The idea that we support trapping because we live in rural areas is like saying city-dwellers don’t drive trucks. It is preposterous.

One thing that does set us apart from a lot of urban and suburban residents is that we have the unfortunate fate of encountering traps more frequently. Traps are often closer to home for us, quite literally. They lie in wait for unsuspecting paws on state and federal lands that are sometimes adjacent to our homes. Many of us have had awful experiences encountering traps, from our own dogs being caught to finding brutally injured wildlife. If you look at a map of where people like us have had these experiences, the majority are away from the big cities. Rural residents face greater risk of being harmed and traumatized by a trap because we live closer to public lands. We want safe access to those lands, and traps put that safety at risk.

And, most traps aren’t even necessarily set by rural New Mexicans. The New Mexico Department of Game and Fish sells more trapping licenses to urban New Mexicans than to those who live in rural areas. The notion that trapping is done by rural people and opposed by urban people is laughable.

Rural New Mexicans are a diverse set of folks. And there are plenty of us who do not trap, don’t want anything to do with trapping, and want traps off of public lands. Just like some city-dwellers support trapping (though probably not many since only 22% of voters approve of traps at all), some rural people do too. But don’t let trappers fool you by claiming to speak for all of us.

We support Roxy’s Law — the bill to ban private, recreational trapping on public lands — in the upcoming legislative session.

Read this article in the Las Cruces Sun-News »