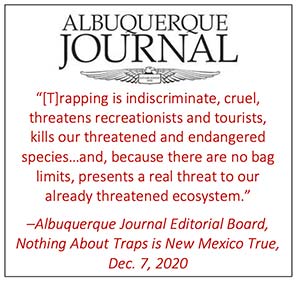 WHY BAN TRAPS, SNARES, POISONS ON PUBLIC LANDS? BECAUSE THEY:

Fur Trapping is Not a Key Source of Income for an Average Trapper: The fur market has been in decline for years, as supply far outpaces demand and fashion brands swear off the use of fur. The average NM trapper who attempted to sell every harvest from the ‘18-‘19 season grossed only $264.54–$440.76.

Traps, Snares, and Poisons Are Not Necessary to Protect Livestock or Control Wildlife Populations – Traps, snares, and poisons were banned in neighboring Colorado (statewide) and Arizona (public lands) in the mid-1990s. In those states, cattle depredation rates by wild carnivores are actually lower than in New Mexico. Recent published research confirms that mass trapping of many carnivore species actually increases breeding within the pack due to social structure disruption and results in overall population increase. 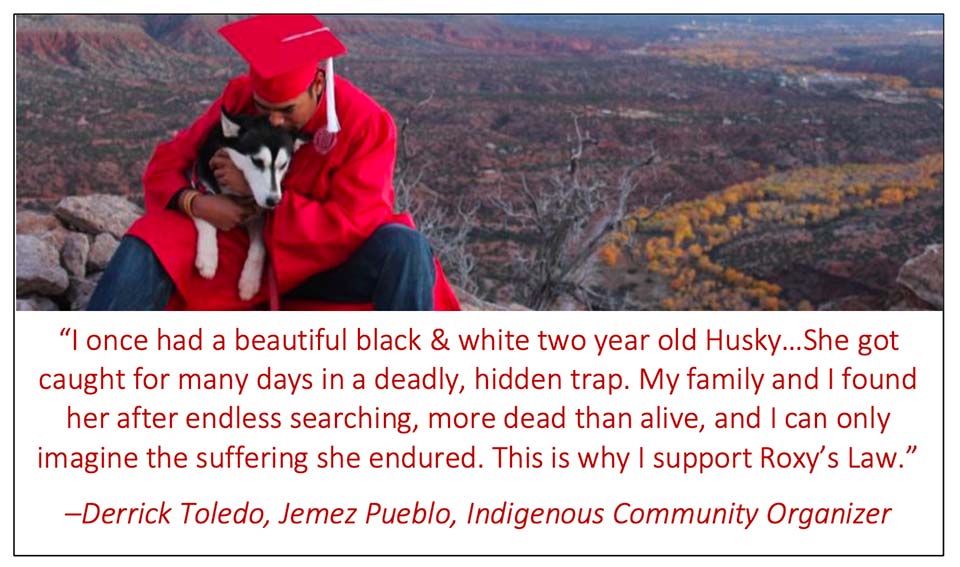