Teen To Push for Trap Bans After Pet Dog Ensnared

SANTA FE, N.M. — A dog was caught in a wildlife trap during a family hike north of Taos on Feb. 26, not far from where a couple of dogs were caught in traps in late 2010.

In the most recent case, one of the dog’s owners — 17-year-old Maya Anthony of San Cristobal — was hurt more seriously than her pet. Joker, a border collie-pit bull mix, bit Anthony as she tried to get the frantic dog’s paw out of the leg-hold trap.

“I still get flashbacks when I look at my arm because it was so unreal. I had to smack his nose to get him to release me,” Anthony said.

Read the entire article in the Albuquerque Journal 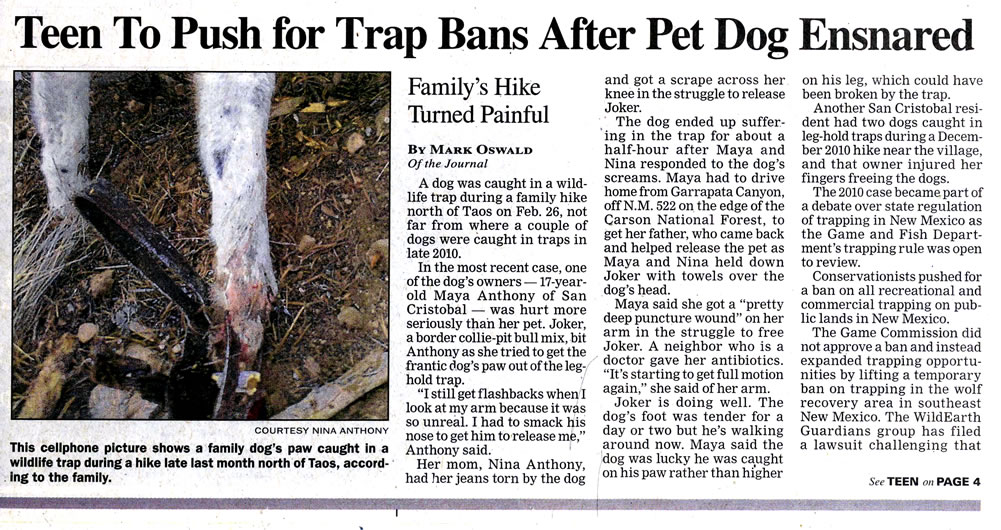