February 2021: When I was walking both my dogs up the arroyo in the foothills near Dixon, NM, i heard my dog who is a 10 year old heeler/shepard mix let out a really loud yelp/cry. I thought at first she had stepped into some cactus but then I saw her waving her right paw and crying, trying to yank her paw from something. I turned back to her and saw that she was trapped in a steel jaw trap that was connected to a small tree. Her paw was gripped in the trap and she was struggling and crying. I wasn’t sure how to open the trap at first because she was struggling and trying to pull her paw out. When I tried to help her she was trying to bite me. I finally got her calm and stable enough to be able to see how to open the spring loaded trap. I held her body so she wouldn’t move around and I used my feet to open the trap and she pulled her paw out. Her toes were smashed but she wasn’t bleeding. There was a piece of wax paper on the trap which I assume contained some kind of bait. I’m not sure if she ate what was connected there because it was empty when I went to free her. Gratefully she wasn’t too injured and we were able to continue our hike. Unfortunately when we were on our way back down the arroyo she found a second trap right across the from the first and caught her left leg in it. Because I knew from the first experience how to free her I was able to calm her quickly and get her leg out without much trouble. The trap was the exact same kind of steel jaw trap as the first with a piece of wax paper attached, it was empty, so I assume she ate what was attached there. Her paw wasn’t bleeding from it being in the trap but she has been limping slightly on both feet. I hope she didn’t eat anything poisonous. So far today she has just been low energy and sleeping in her bed so I feel a bit concerned. 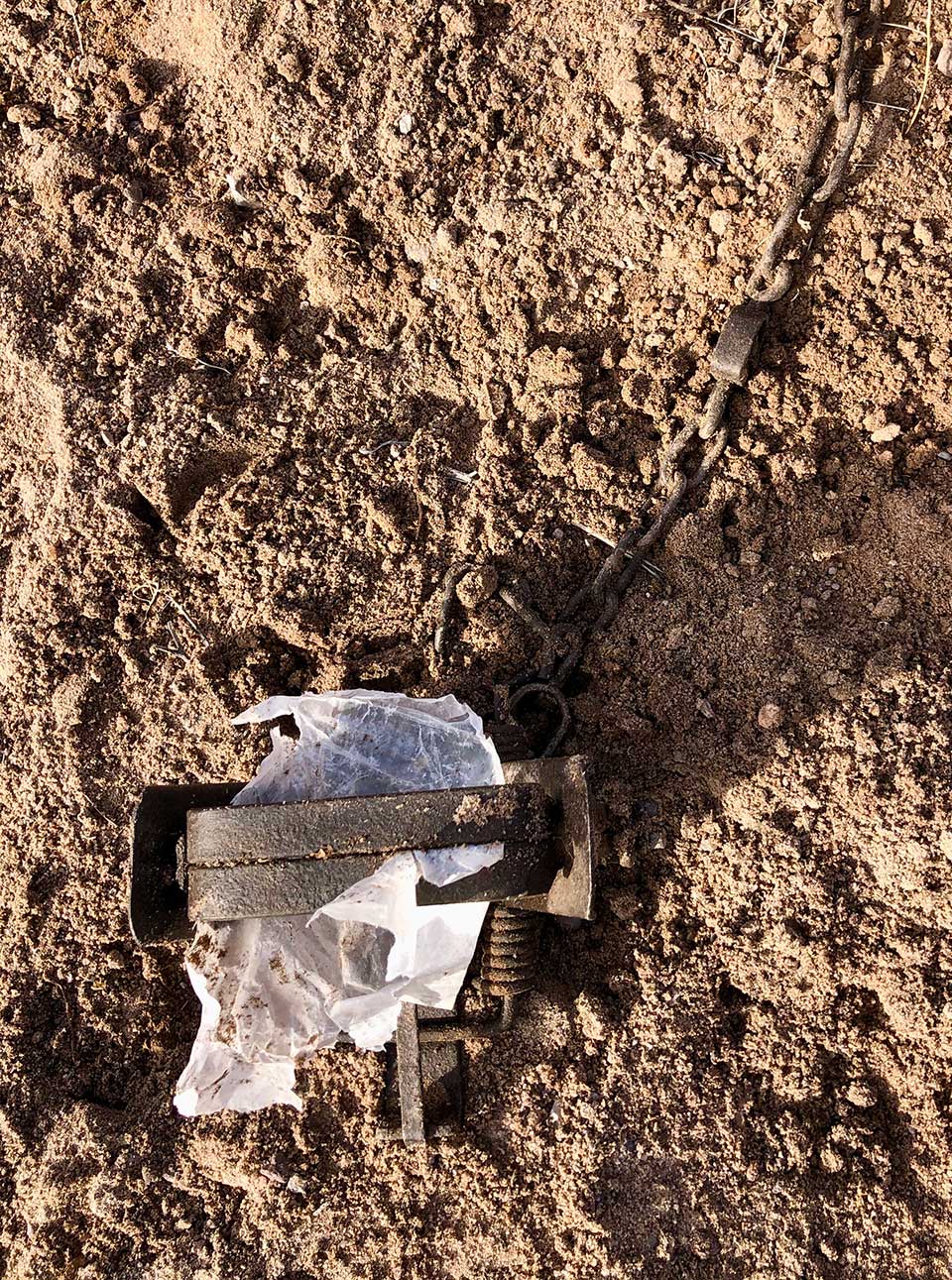