Danger to People and Companion Animals

“Knowing traps can be lurking out there has taken away some of the peace I once enjoyed while hiking alone on public lands. Because of trap danger, I feel like I can’t hike in some places now.”

Leg-hold traps, footsnares and other body-gripping devices are hidden from view.

Trapping is legal on all public wild lands in New Mexico, including U.S. Forest Service, Bureau of Land Management, and State Trust lands. Neither land management agencies nor New Mexico Department of Game and Fish (NMDGF) require any warning signs to alert those in the area. The public has no warning if these dangerous devices are present, and as a result, untold numbers of hikers, equestrians, and others have had negative encounters with traps placed on public lands.

Outdoor recreationists hiking with dogs have faced a surge of negative encounters with traps on public lands in recent months, suffering injury and incurring medical bills.

One woman’s hand became ensnared in a trap after she freed one of her two trapped dogs. The ordeal lasted for nearly two hours. Read article

Commonly, hikers, whose dogs get caught in traps, are injured during rescue attempts.

Despite these incidents, the New Mexico Game Commission and New Mexico Department of Game and Fish have failed to acknowledge complaints with any demonstrable concern.

If your dog or friend were caught in a leg hold or conibear trap, would you know how to release them? 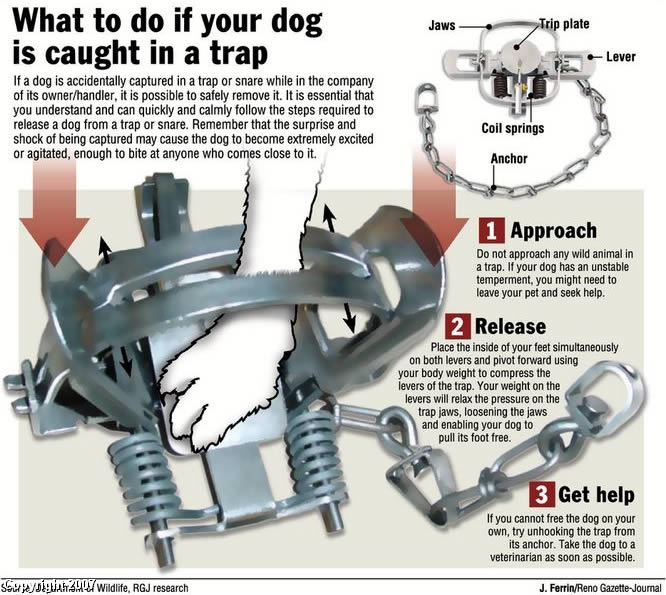 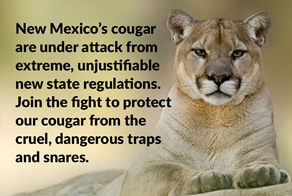