Also called “Roxy’s Law” after a dog who lost her life in a neck snare while hiking with her human on public lands, this legislation would prohibit traps, snares, and poisons on public lands, but with a few important exemptions including the protection of human health and safety, scientific research, ecosystem management by professionals, and the protection of sovereign tribal religious practices. 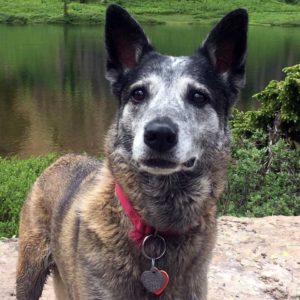 Roxy’s Law is introduced in the wake of a slew of new incidents involving dogs and dangerous traps on public lands, as well as dead and injured wildlife found by outdoor recreationists, in New Mexico. Since the 2020-2021 trapping season began, at least 7 dogs are known to have been caught in privately set traps on public land across the state. No state agency tracks these incidents, but victims are able to report when they encounter traps through the TrapFree New Mexico website at trapfreenm.org/report. The most recent incidents occurred near Abeyta, Pecos, Rowe Mesa, and Cloudcroft—they include several trapped pets and a trapped hunting dog.

Senate Bill 32 would spare enormous numbers of New Mexican wildlife from being killed by outdated and painful methods—nearly 150,000 native wildlife have been killed by private trappers in the state since 2008—as well as saving unsuspecting companion animals and their human families from prolonged suffering.

“It’s past time this madness ended,” said Chris Smith, southern Rockies wildlife advocate for WildEarth Guardians. “Public lands should be safe, wildlife should be respected, people should not be afraid to take their dogs or children on a hike. The solution is simple—the legislature needs to act.”

Animal Protection Voters’ Chief Government Affairs Officer, Jessica Johnson, noted, “New Mexicans overwhelmingly agree that it is past time for New Mexico to join our neighboring states of Colorado and Arizona and say goodbye to traps, snares, and poisons on the public lands we share. Let’s not wait for more or bigger tragedies to happen before taking action.”

“Traps are like landmines, catching and harming any creature unlucky enough to step on them,” said Kevin Bixby, executive director of the Southwest Environmental Center. “It’s time to get them off our public lands.”

“As a wildlife biologist, I can say definitely that trapping is not a legitimate form of wildlife management,” said Michelle Lute, PhD, national carnivore conservation manager for Project Coyote. “Our public lands and the wildlife that live on them must be protected from such cruel and wanton waste of wildlife.”

“No one who visits our public lands should be subjected to finding suffering wildlife in traps or the trauma of their own beloved dog being harmed,” said Mary Katherine Ray, Wildlife Chair of the Rio Grande Chapter of the Sierra Club, who has experienced the anguish of both.

Senate Bill 32 has been referred to the Senate Conservation Committee and the Senate Judiciary Committee.