Another dog injured in leghold trap

Another dog injured in leghold trap

SANTA FE—Fibel was brought into the Santa Fe Animal Shelter “cut, bruised, and swollen” after having been found in a leghold trap on January 6. According to a Santa Fe County Sheriff report, Fibel “had been causing problems” for an Edgewood man “and had been going onto his property.” The report states that the man “had set the foot trap up for Coyotes that has [sic] been giving him problems.” Fibel was trapped off of the man’s property. 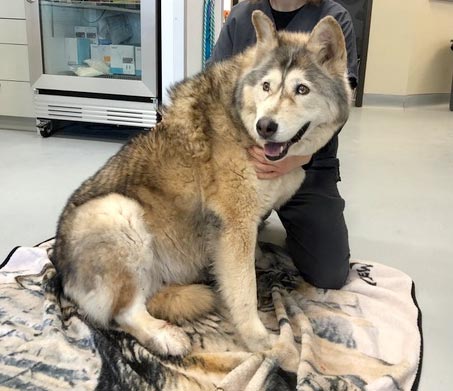 Fibel is at least the sixth dog to be caught in a trap in New Mexico during the current trapping season, though there is no official reporting mechanism. Several of these incidents have raised the profile of trapping on public lands across the state. Kekoa was caught in Valencia County and ended up losing his leg. Ranger had to be euthanized after horrific injuries to his leg, paw, and hind quarters. Roxy died in a snare while her owner struggled to save her. Legislators are introducing a bill to ban recreational and commercial trapping on public land. The legislation is being called “Roxy’s Law.”

Fibel is described by an Animal Shelter employee as being “very sweet.” The 90 pound mixed breed has recovered from his wounds and is “waiting for that second chance in life.” Fibel’s adoption fee is $60 and he is already neutered, has age appropriate vaccines and a microchip. He will go home with 30 days of pet health insurance and a bag of dog food.

Trapping on public lands is legal in New Mexico. No bag limits exist for furbearer species. The law does not require trap locations to be marked, signed, or for any warnings to be present. No gross receipts tax is levied on fur and pelts sold by trappers. No penalties exist for trappers who unintentionally trap non-target species including endangered species, protected species, domestic animals, pets, humans, or livestock.

No database or official record is kept by any public entity and no requirement exists that trappers report when they have captured a dog in their traps. The pattern these incidents follow is usually similar; dogs screaming and frantically biting at the person desperately trying to rescue them. Veterinary and even human medical treatment along with associated expenses can result, as can long-lasting psychological trauma. Neither New Mexico Game and Fish nor trappers are liable for the damages that are caused by traps.

The almost singular excuse for the above-mentioned incidents is that trapping is necessary to control carnivore populations, but scientific studies do not support this assertion. In fact, scientific studies show that trapping and lethally removing carnivore species, like coyotes, often exacerbates conflicts such as those with livestock (see Using Coyotes to Protect Livestock. Wait. What?, Randy Comeleo, Oregon Small Farm News, Vol. XIII No. 2, p. 2, (Spring 2018)).

99.9% of the state’s population does not engaged in trapping. Of the .1% actively trapping, many are hobby trappers and selling furs may not cover their expenses. Some licenses are held only for the opportunistic killing of furbearers while hunting other species.